The title kinda sounds like a Jimmy Buffett song (or a slasher movie)…  Kekuli Bay Provincial Park is located 11 km south of Vernon on the banks of stunning Kalamalka Lake.  Apparently, the park’s name, Kekuli, refers to the semi-subterranean homes built and inhabited by the Interior First Nations.  (Note: we wandered around but didn’t find any old in-ground homes.  A highly enthusiastic park operator showed us a photo from his phone of a pictograph, apparently depicting the arrival of a Spanish Conquistador but it just looked like an orange smudge on a rock to us.)  The campsite is tiered with terrific lake views.

The first thing we noticed as we entered the campground was the large number of marmots scurrying around the sites.  With no local predators, there’s a ton of the furry critters.  The park staff consider them vermin.  The Bear was initially intrigued but soon realized there was way too many to chase so she graciously let them all run about unscathed… 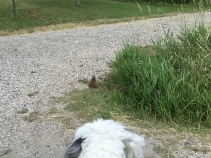 There’s also snakes in the area – Mama Bear almost stepped on a large Gopher Bull snake (very similar colouring to a rattlesnake) while walking up a trail which just about ended in a ‘shat pants’ moment. 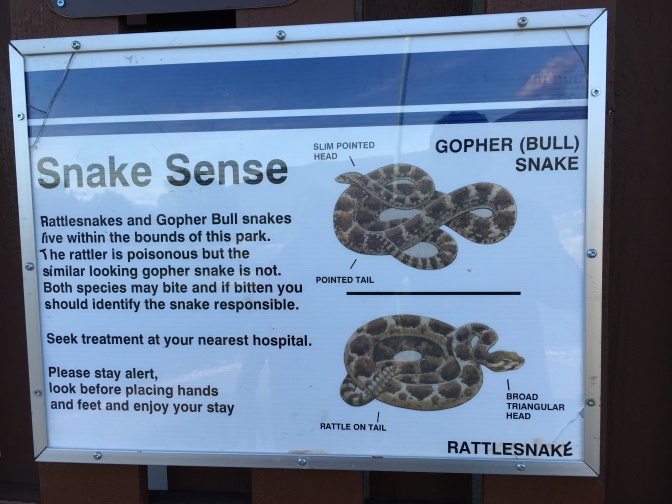 Otherwise, it’s quite peaceful here despite the din of traffic noise from highway 97 at the top of the hill.  Kalamalka is a really great paddling lake.  For some live paddling action, check out: https://youtu.be/YzpdiMCkpVo

And a special thanks to our friends Elaine and Dimo, who re-introduced us to ‘Moscow Mules’ made the proper way.  All you need is fresh lime, a couple ounces of vodka, Fever Tree ginger beer, lots of ice and served in copper mugs.  The copper mugs are mandatory.  Cheers guys!