After we left J Tree, we drove directly to Palm Springs.  We hadn’t been there before but we had a mental image of Florida in the desert (palm trees, golf carts, Bermuda shorts-white dress shoes-black socks, early bird specials, etc).   We made our way to South Palm Canyon Drive, which is the main shopping and restaurant drag through Palm Springs and immediately found awesome free parking, which for us always sets a good tone.  We also discovered that the town is amazingly dog friendly, apparently owing to a profusion of local gay men with their chichi pooches.  The weather was sunny and much warmer than we’d had in quite a while.  PS was looking great so far.

We did some shopping and according to Mama Bear, the prices were pretty good.  Papa Bear got a $25 haircut (not a bad coiffe but nobody cuts hair like Vietnamese Tony on Commercial Drive), then we dined at the barber-recommended Bill’s Pizza, which was very good.  At the end of the day, we drove out to nearby La Quinta and stayed at Lake Cahuilla Recreation Area.  Surprisingly, a perfect lakeside site ($24/night*) was available so we settled in and spent 5 glorious days enjoying warm temps, friendly neighbours, good BBQ and the Bear was able to swim and take daily hikes around the lake.  [* Had we bought a Passport America pass earlier, it would’ve only been 12 bucks a night, dammit!] 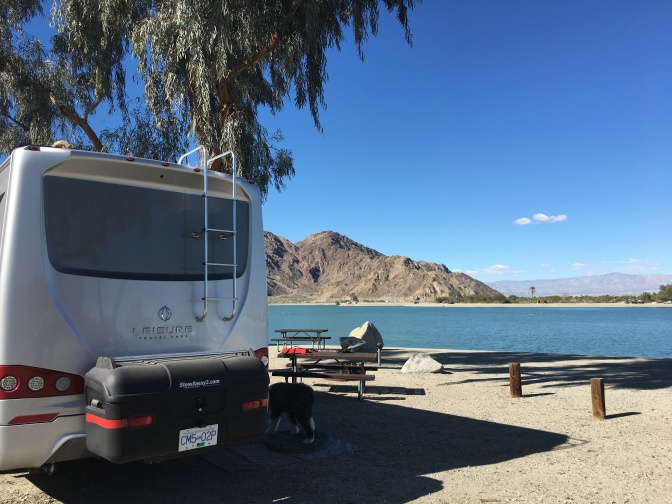 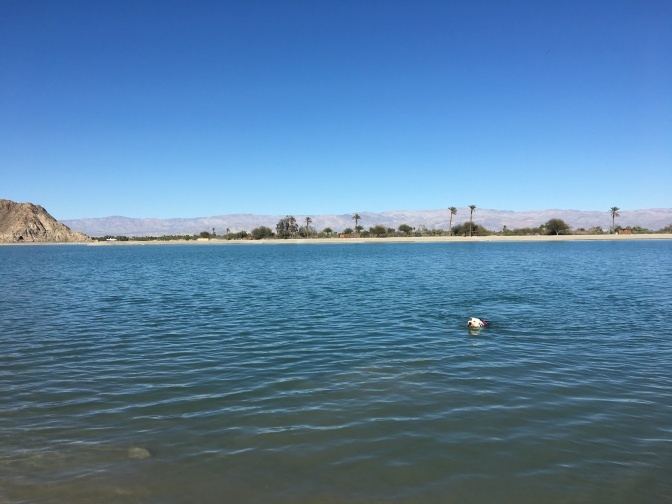 Of note, this was a NON-swimming lake with signs posted all around the shoreline.  But for once, dogs had the advantage as they were allowed in.  On one particular occasion, Papa Bear waded in ankle deep to retrieve the Bear’s ball and out of nowhere, a Park pickup truck flew down the beach and a diligent woman yelled ‘THIS IS A NO BODY CONTACT LAKE!’   Wow, guess the signs should read, ‘Do not touch the lake.’

We were at Lake Cahuilla on Valentine’s Day so in addition to a goodie bag, Mama Bear was treated to a special breakfast as well as a showoff dinner (grilled Rib-Eye steak with roasted vegetables tossed in a lime and herb vinaigrette). 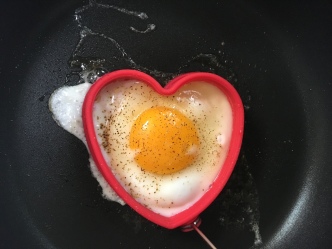 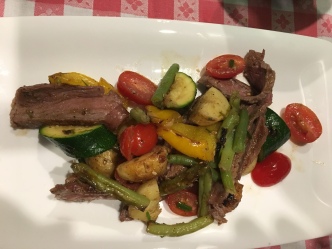 During our morning hikes around the lake, we always came across a small herd of Californian Bighorn Sheep. 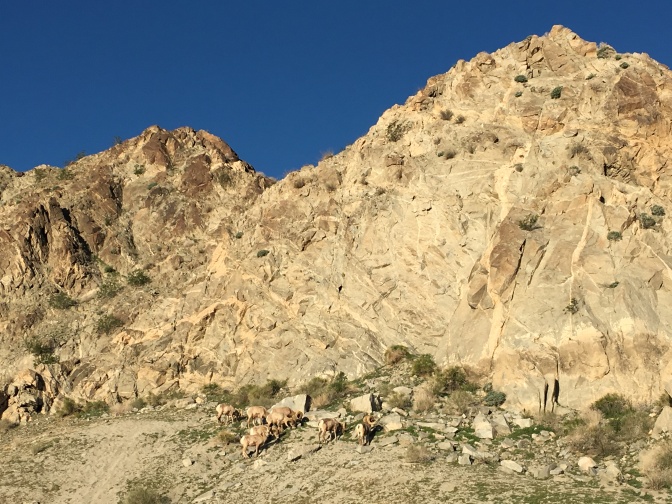 All week we were listening to the long-range forecast, which was predicting a storm that would bring the heaviest rainfall to hit California in 6 years.  So instead of going into the Anza Borrego Desert – which had flash flood warnings – we decided to stay in the high desert by moving over to Desert Springs to ride out the storm at the Catalina RV and Spa Resort.  Okay, ‘spa resort’ was a bit of an exaggeration but we managed to do 4 loads of laundry, enjoy a few Rusty Nails (whiskey and Drambuie) and have a swim before the storm hit.  We also stopped in at Sherman’s Deli & Bakery, a magnificent Jewish deli with typical monster sandwiches (we were so hungry after a half hour wait to get in that we forgot to take a photo before devouring it all).

The storm turned out to be bad on the coast (12 dead) but relatively mild in the greater Palm Springs area.  And the decision to stay put turned out fantastic as our good friends, Glenn and Kim, were vacationing in Palm Springs with two other couples and after checking out bearsgroove.com (something everyone should do during their holidays), realized we might be close and sent us an email.  Turned out we were only 20 minutes from their rental house so early the next day, we went over and spent a terrific overnight with the motley Miller Gang. 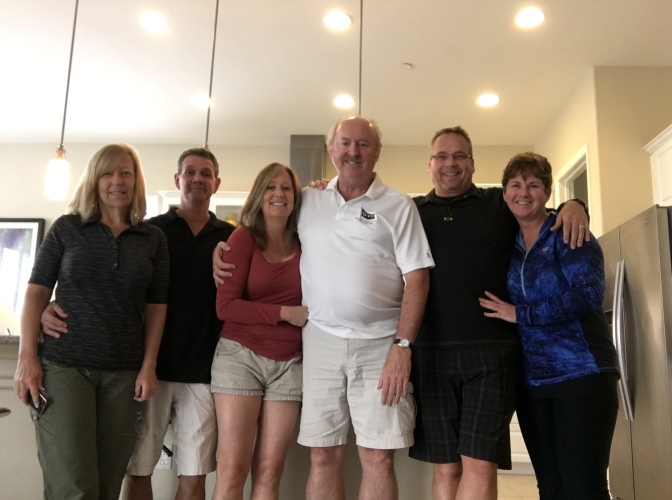 After a waffle breakfast, we said our goodbyes and drove south past Salton Sea.  The Salton ‘Sea’ was created by an environmental disaster in 1905 when an irrigation canal from the Colorado River accidentally breached for 19 months, pouring the entire contents of the river into the Salton Sink – a salt flat.  By the 1950s, the Salton Sea had become a popular resort with hotels, yacht clubs, marinas, and golf courses springing up.  But by the 1970s, constant flooding led to most of these facilities closing.  And because there is no outflow, the lake is now about 40% saltier than the ocean.  Worse, the increasing saline levels have, over time, killed all the fish except the hardy tilapia.  There are still lots of birds – it’s a birdwatcher’s paradise – but the decreasing fish stocks are also having a negative effect on the variety and number of migrating birds in the area. 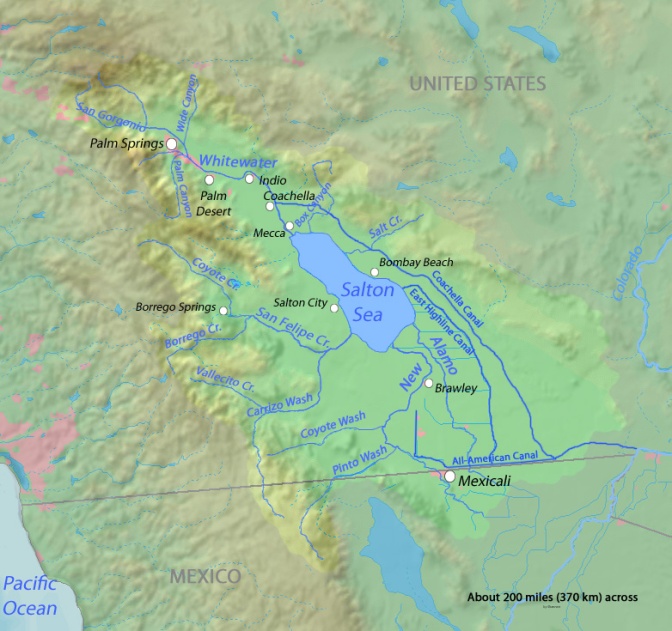 We drove down the west side of the massive lake, which probably wasn’t the best route to take as all the state parks were on the east side.  We stopped in to look at Salton City, a small town that was totally rundown, then went to the muddy lakeshore.  It looked as bad as it smelled.  We didn’t take a single picture and moved on.

We turned west into the Anza Borrego Desert and through the canyons that are perfect for any kind of off-road vehicle (which we don’t have… yet). 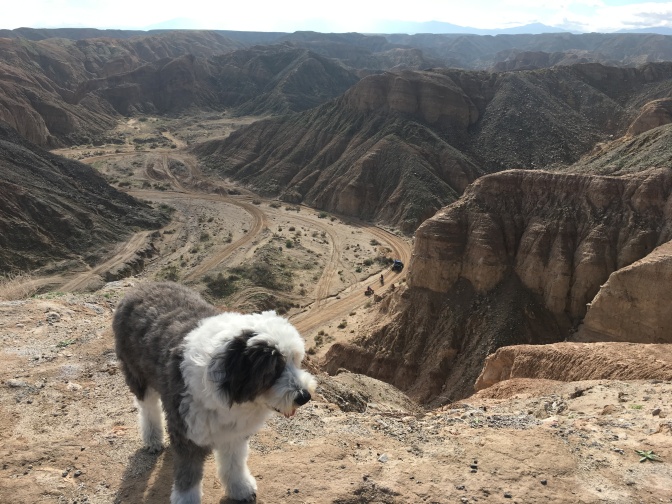 We arrived at the small village of Borrego Springs and toured around the nearby Galleta Meadows Estate.  The Galleta Meadows is private land owned by Dennis Avery, who commissioned sculptor Ricardo Breceda to create dozens of metal sculptures all along Borrego Springs Road.  The sculptures were incredible.  Two of our favorites were the sea serpent and the prehistoric elephant, which the Bear stared down. 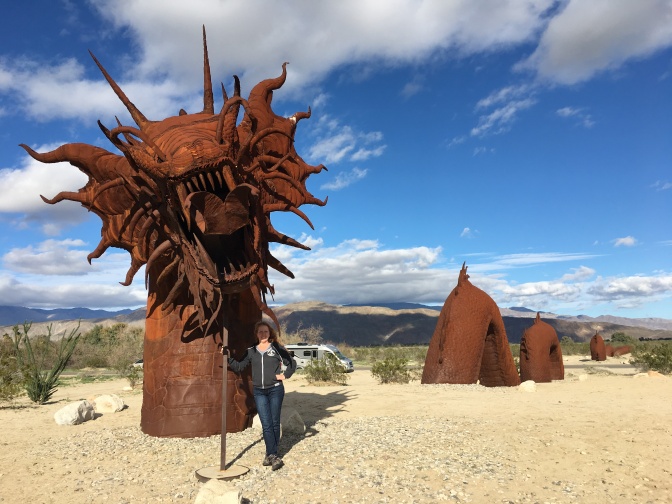 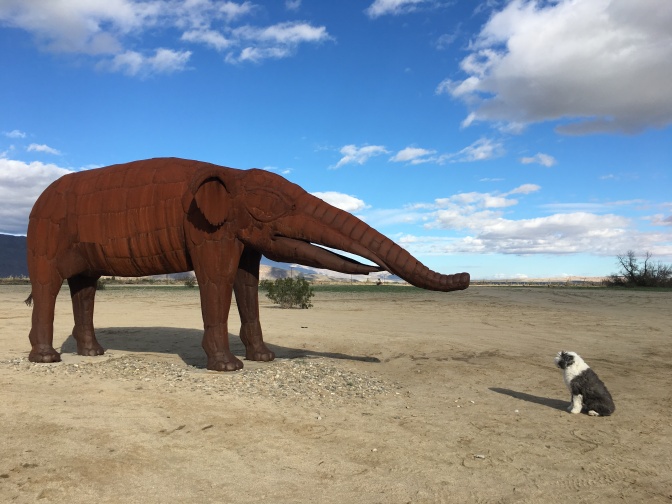 From there we boondocked at a small primitive campsite (no charge) in Anza Borrego State Park.   There was a good hike up to a lookout. 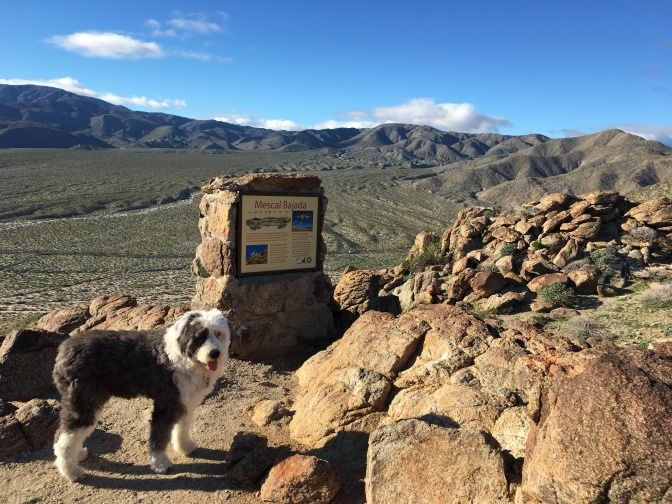 So after nearly 6 weeks of desert travel, we climbed out of Anza Borrego into the much colder alpine town of Julian, known for their delicious pies. We had cherry and apple, then drove down the road to Lake Cuyamaca Campground. Next stop: we’re on our way to meet ‘the lesbians’ (see Horsefly post) in San Diego…