As we crossed Quebec, meandering along the southern banks of the mighty St Lawrence River, weaving our way through all the divine, centuries-old villages (divine because almost every town’s name starts with ‘Saint’), our minds naturally turned towards food. Quebec is known for great cuisine but we were in search of a specific native dish that originated in La Belle Province, poutine.

For all the international readers, poutine consists of well-cooked French fries, cheese curds and gravy. The origins of poutine are debated, but most attribute its creation to a restaurant in 1950s rural Quebec where a client asked the owner to add cheese curds to his fries and gravy and the owner exclaimed, ‘Ca va faire une maudite poutine’ (It will make a damn mess).  What’s not debated is that poutine originated somewhere in Quebec and has a long-standing tradition across the province so we were hoping to locate a well-established poutinery.

As we passed through each small village – St-Michel de Bellechasse, St Vallier, St Roch des Aulnais – our search for an authentic-looking roadside enterprise was becoming slightly more desperate, when all of a sudden, there it was: ‘La Fringale.’ 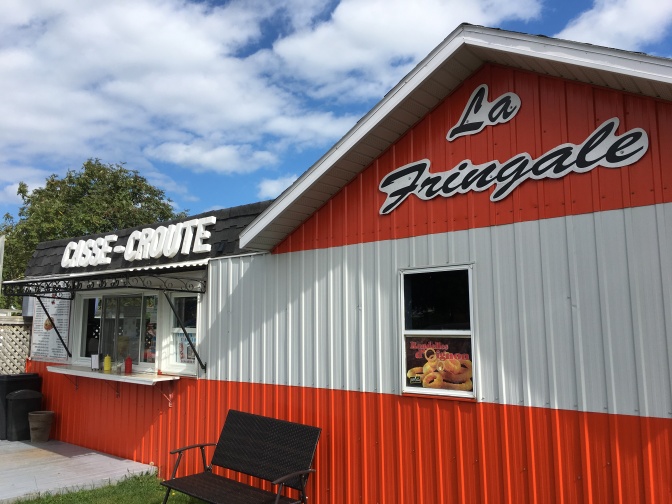 We whirled the RV into the parking lot and strutted up to the window. In his best most confident French, Papa Bear said “Une grosse poutine s’il vous plait’ and then watched as the girl stared back blankly with a quizzical look. After a few agonizing seconds, with PB now pointing to a picture on the side counter and using a hand gesture to demonstrate something big, the gal finally figured out our order (so much for 7 months of federally-funded French lessons back in the 90s…).

It arrived moments later – the aroma, texture and taste didn’t disappoint. In fact, it was exquisite, if poutine could ever be called that. Crispy hand-cut fries smothered in rich, thick gravy and an ample portion of fresh cheese curds, all congealed together into a gooey delicious mess. Heaven. 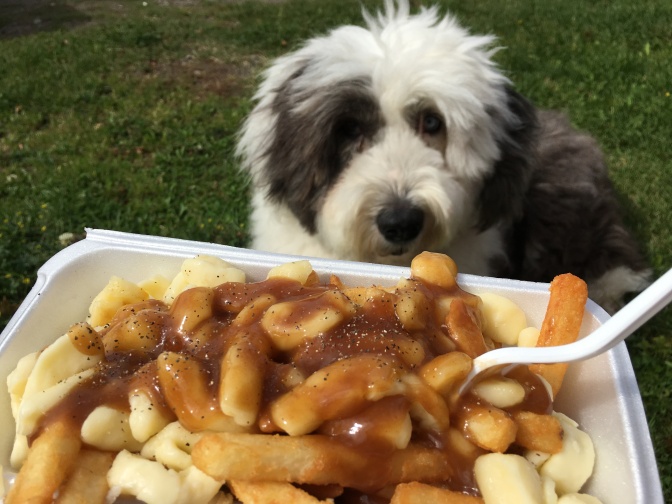 So off we drove, wholly satisfied that we had got what we came for – first rate cheesy fries with gravy.   But as we crossed the border into New Brunswick, signposts started hailing the town of Florenceville as the ‘French Fry Capitol of the World.’  Really?  We would have guessed that a town in Prince Edward Island or Idaho would have held that honor but there it was, as plain as a sign could be. 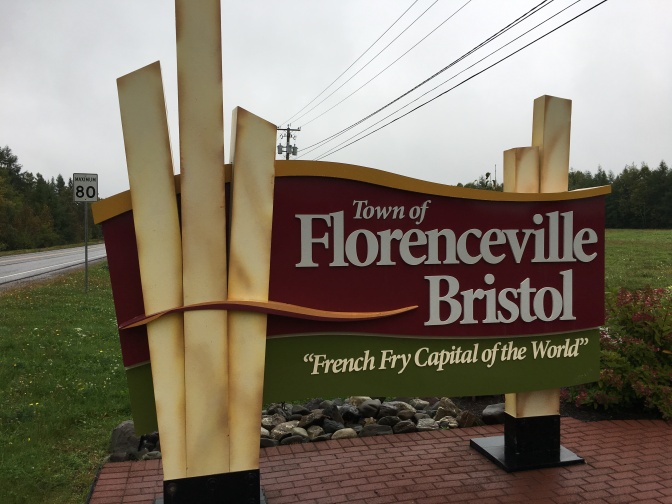 Florenceville is the home of the McCain family – giants in the frozen food industry. Almost every Canadian, if they were to dig down into the deepest recesses of their freezers, would find a half-eaten bag of McCain’s Tater Tots.   This was exciting! As we exited the highway into Florenceville, we first came across the McCain ‘Potato Processing Technology Centre’ – a facility that would have made NASA proud.

Just beyond the PPTC, was Potato World – a large museum / learning centre / gift shop and eatery all dedicated to the potato. Wow. You have to wonder if Ireland knows about this place…  So after looking around at some of the exhibits, it was time to sample a fry from the world capital. 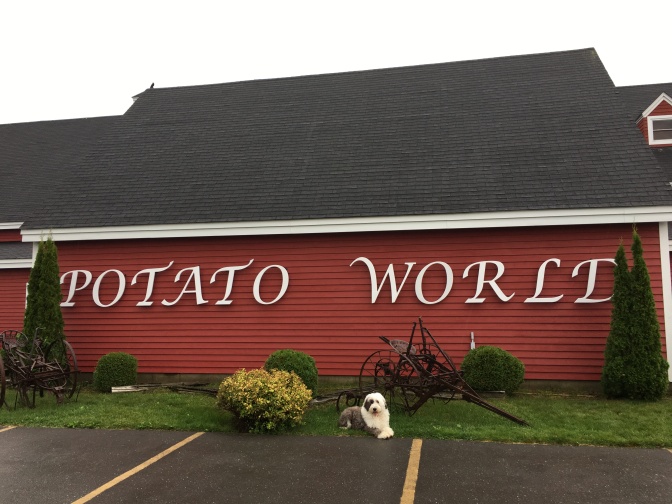 Thankfully, New Brunswick is a bilingual province so ordering wasn’t going to be as stressful. But still tormented by the earlier ordering debacle, Papa Bear chose a more simple approach by asking for plain fries (with aioli sauce). Out they came and despite their surprising likeness to the McDonald’s variety, they were out-in-out deep-fried perfection. 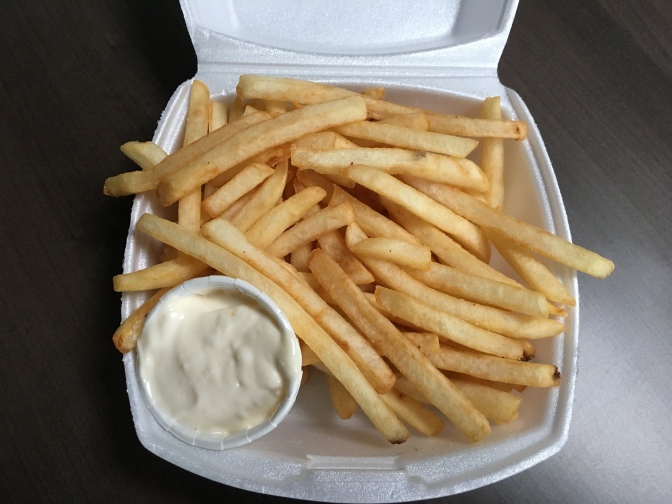 So there you have it.  This post is dedicated to all the junk food junkies out there, thinking they know where the best poutine or fries can be found (such as their favorite chip truck or a local hockey arena), but ultimately, are only probably consuming an inferior semblance of the world-class version.

One thought on “The Pursuit of Perfect Potatoes”