After gator spotting for a few days at beautiful Brazos Bend State Park, we decided to follow up on a tip from an Ontario couple we met in Galveston.  The fellow had asked, ‘Do you like beer?’ and after receiving an enthusiastic nod, he said you have to go to Shiner.  According to this couple, the small town of Shiner has a great brewery, a terrific county campground, and a gas station / convenience store that sells Shiner draft beer you can drink at picnic tables around back.  Wow, that all sounded like Shangri-La.

So we packed up and drove west for 1.5 hours, arriving at Shiner, which has a sign at the town limit calling itself ‘The cleanest little city in Texas.’  Okay, cleanliness is a virtue, but not really something you’d drive out of your way to see.  We hoped we hadn’t been duped by a couple of germaphobes…  It was Sunday and the brewery wasn’t open so we searched out the gas station / grocery store that supposedly sold draft  beer and found it just off the highway – Howard’s – a nondescript building that ended up oozing with authentic Texan charm. 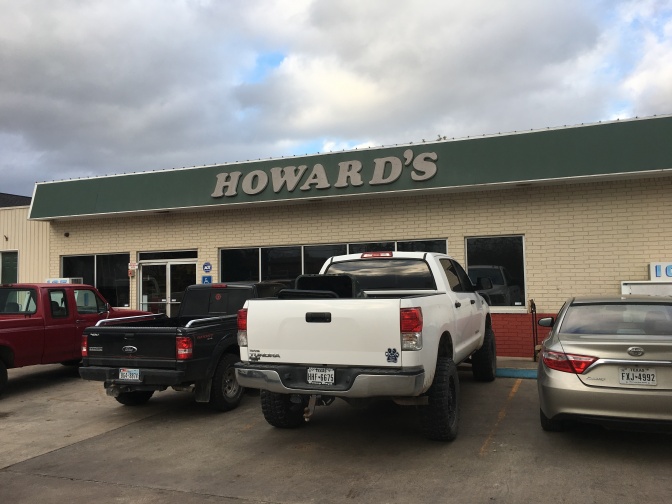 Howard’s features 2 old gas pumps, a large DVD rental area, basic groceries and lots and lots of beer.  But best of all, a pint of Shiner beer, fresh from the tap (costing just 2 bucks!) could be consumed out back in their secret beer garden along with lots of interesting paraphernalia and several inquisitive locals.  Papa Bear could have spent all afternoon watching football and chatting but we had to drive over to the campsite (and Mama Bear’s not a big fan of smoky bars). 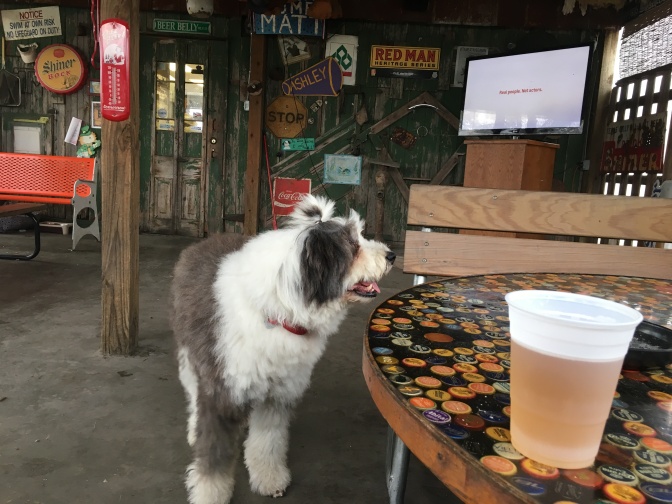 The next day, we made our way over to the Spoetzl Brewery for the 11am tour.  Spoetzl Brewery, founded by Kosmos Spoetzl in 1909, has been making Shiner beer for over 100 years.  It’s the largest independent brewery in Texas. 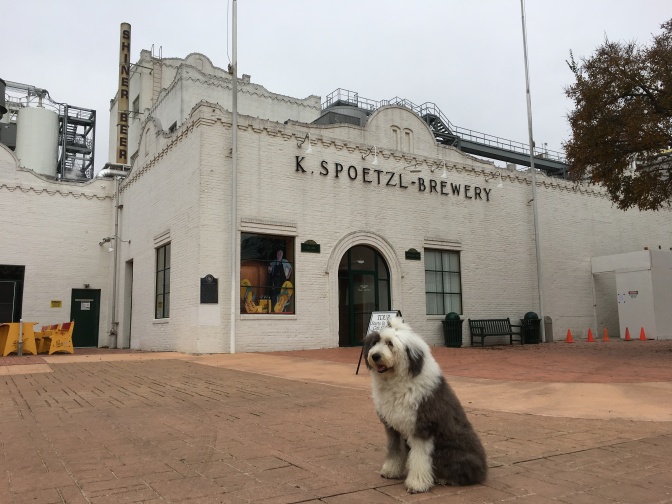 The free tour started in the gift shop (called the ‘hospitality suite’), where they offered 4 complimentary (6 oz) samples of Shiner beer.  We managed to squeeze in 3 tastings and bought some Shiner swag before the tour guide arrived.

The 40 minute tour was great.  Spoetzl currently makes 10 varieties of craft beer – the most popular is the Bock (German for ram), which accounts for 75% of their production, but they also make a hearty IPA, a cream ale, a Belgium white, a black lager, a seasonal holiday beer and a handful of others.  All of the ones we sampled were excellent. 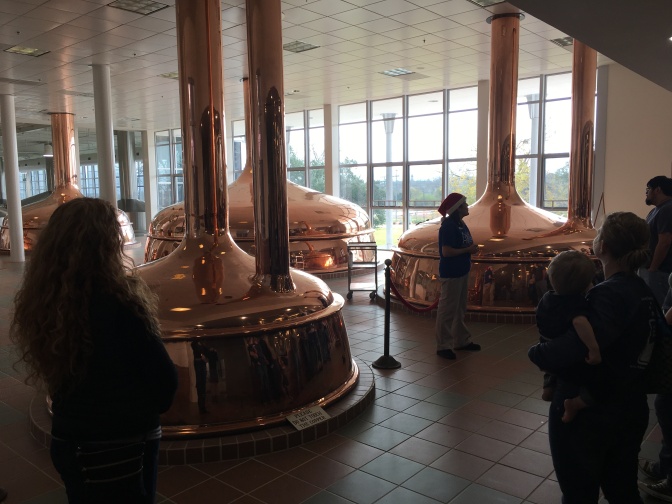 After some hard times in the early 1980s, Spoetzl bounced back and has since expanded their operations three times.  In addition to some fascinating keg-flipping robots, it now employs 125 local workers. 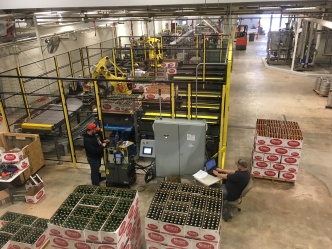 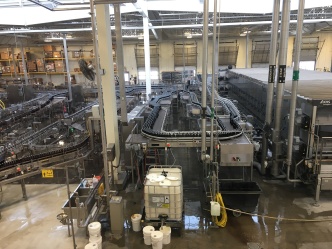 Six million bottles are sold annually across the US and every third Thursday of the month, employees are paid in beer (two free cases, which they can accumulate).  You get the sense that there’s a lot of pride and joy in this not-so-little brewery.   There’s nothing finer than Shiner beer…

[Bonus content: on the way out of Shiner, we stumbled across Wiekellcek’s Smokehouse and Meat Market.  Papa Bear got to pair an ice-cold Shiner Bock with some of the best smoked sausages since leaving Smithers, the snag capital of BC.] 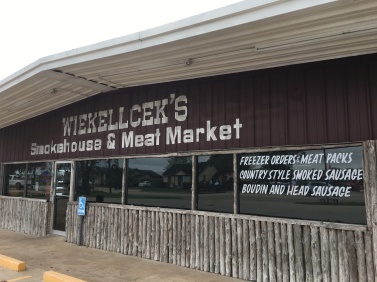 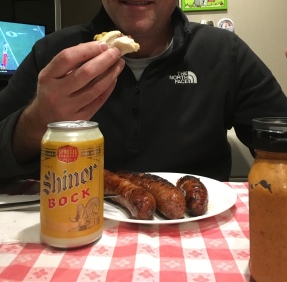