After leaving Memphis, we angled our way southeast into Mississippi in order to travel down the historic Natchez Trace Parkway (the ‘Trace’), a 444 mile stretch that runs between Nashville, TN and Natchez, MS.  Without backtracking all the way to Nashville, our plan was to join up on to the parkway at about the one third mark, in Tupelo (Elvis’ hometown).

En route, we stopped and toured around the town of Oxford, home of the University of Mississippi or ‘Ole Miss,’ the state’s oldest (e. 1848), largest and most distinguished university.  Oxford has a great town square, with lots of terrific shops and restaurants, and the Bear literally caused a traffic jam as passing motorists stopped to watch this photo being taken.

It was Saturday and there were a lot of pretty college girls in town, so while Mama Bear shopped, Papa Bear stood outside answering all the standard questions about the Bear.  For once, shopping was fun for everybody!   We then carried on to Tupelo, and more interesting than Elvis’ birthplace, we looked around the fabulous hardware store where Elvis’ mother, in 1946, bought him his first guitar. 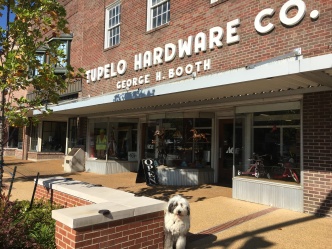 Tupelo is at milepost 267 on the Trace (which was the remaining distance to Natchez) and that’s where we began.  We stopped by the Visitor Center, featuring exhibits, a very knowledgeable ranger and a wonderful 20 minute movie.  The Natchez Trace Parkway is a scenic drive that commemorates 10,000 years of North American history – first by buffalo and American Indians, then at it’s height of use, by ‘Kaintucks,’ boatmen mainly from Kentucky that floated goods down the Mississippi River from the Ohio Valley for sale in Natchez and New Orleans.

Once the goods on the boats were sold, the flatboats were often dismantled and sold as lumber.  Before the age of the steamboat to get them back up river, Kaintucks would begin the long walk home.  They traveled the Natchez Trace to Nashville, and then from there, they used more established roads to take them back to their homes further north and east.  Apparently more than 10,000 Kaintucks traveled the Old Trace in the year 1810 alone.  The nearly 500 mile trip on foot typically took around 35 days.

The road is now maintained by the National Park Service; commercial traffic is prohibited along the entire route, and the speed limit is a comfortable 50 miles per hour.  The parkway is flat and relatively straight (unlike the Blue Ridge Parkway) so you can really enjoy the scenery, even if you’re behind the wheel.  There’s lots of interesting stops along the route, complete with information boards and trail markers. 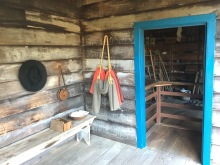 Parts of the original Trace – known as the ‘Sunken Trace’ – can still be explored.

There were several rustic campgrounds right off the Parkway, which were excellent and (unbelievably) were free.  So, while at one camp, and inspired by the early travellers, Papa Bear broke out his Aussie-made Hillbilly BushKing Camp Oven (stay tuned for a future post) and cooked up some hearty scones.

We diverted off the Parkway to check out the Windsor Ruins.  Smith Coffee Daniel II, a cotton plantation owner, completed the enormous mansion in 1861, only to die a few weeks later.  His wife and children continued to live at Windsor, but much of their fortune was lost during the Civil War.  Windsor actually survived the war, but was destroyed by accidental fire in 1890.  The 23 remaining columns left standing gave a sense of how impressive this building once was…

Another interesting spot was Emerald Mound, which is the second oldest temple mound in the US.  This 8 acre mound, constructed by moving dirt – by hand – to form a hill, was built and used from around 1300 to 1600 by the Mississippians, ancestors of the Natchez Indians.  Emerald Mound supported temples, ceremonial structures and burials. 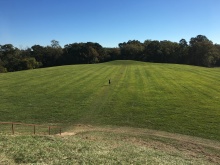 We ended this portion of our journey at the south terminus of the parkway at Natchez, which is commemorating its 300th anniversary this year.  Natchez is a beautiful town on the banks of the Mississippi River featuring numerous antebellum (pre-Civil War era) mansions and structures.  Between the 1830s and 1863, it also had the dubious distinction of being one of the busiest slave-trading towns in the nation.  We visited the ‘Forks of the Road’ historical site, just on the outskirts of town, and read all about the barbarous trade in humans.

So after that rather disturbing section, we drove into town.  Natchez of today features great shops and restaurants, an incredible number of interesting buildings and continues to be a busy port for riverboat cruises. 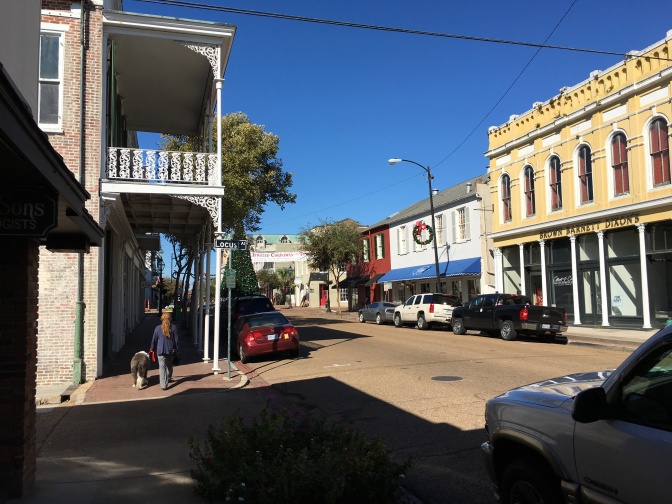 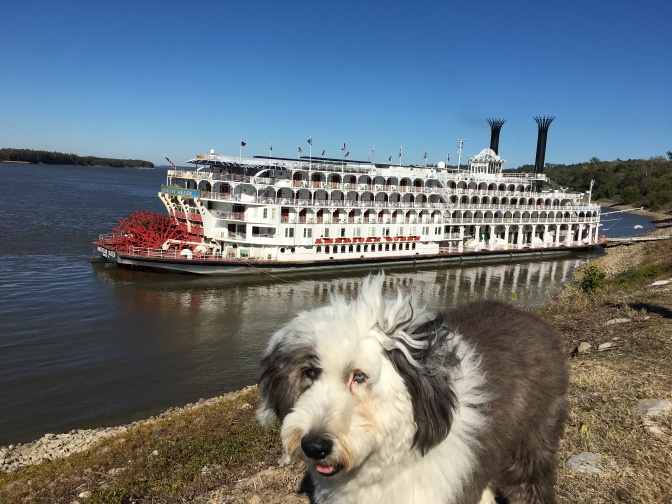 We walked over to the ‘Under the Hill’ area, renowned during the slave-trade era as a very ‘rough and tumble’ district where boatmen indulged after delivering their goods.  We had a great lunch at The Camp Restaurant, then an obligatory beverage at the Under the Hill Saloon, which is the oldest bar on the Mississippi River.

We finished up our last day on the Trace with a tasting tour at Natchez Brewing Company (which was great).  The Natchez Trace Parkway is a wonderful drive with lots of beautiful scenery and places of historical significance.  But by this point, the Bear had had enough exploring and took on the role of an overindulgent Kaintuck…

2 thoughts on “Navigating the Natchez Trace”