Okay, so the early portion of this post is slightly out of order but will bring you up to date on our travels.  Following our visit to the Leisure Vans factory in Winkler, we made our way to Winnipeg and had a really wonderful day exploring the city.  Winnipeg has never had a great reputation as a travel destination (even among locals) so we were pleasantly surprised to discover a clean, bustling city with lots of tourist-worthy sites.  We started by exploring around ‘The Forks’ in downtown Winnipeg, named because of its location at the confluence of the Red and Assiniboine Rivers.

The Forks features a national historic site, a large indoor market, some great walking paths and is next to the new Canadian Museum of Human Rights.

We then toured around Osborne Village, featuring lots of funky shops and restaurants.  According to our friend Sasha (a former Winnipeger),  this area has an incredibly competitive culinary scene.  We dined at Stella’s, which was excellent.

We drove over to Assiniboine Park and walked around the grounds.  We didn’t go into the zoo (they wouldn’t allow the Bear) but saw quite a few animals from the outside fence.  After some exploration, we finally found the ‘Pooh statue.’  This is interesting so here’s the story: On August 24, 1914, while en route overseas during WWI, Lieutenant Harry Colebourn of the 34th Fort Garry Horse Regiment of Manitoba purchased a black Canadian bear cub at White River, Ontario.  He named her Winnie, after his hometown Winnipeg.  The bear became a pet of the soldiers.  While Lieutenant Colebourn served in France, Winnie was left in the care of the London Zoo.  In 1919, he gave her to the zoo where she was loved and visited by many, including author A.A. Milne and his son Christopher…

Assiniboine Park is really impressive – wonderful grounds, gardens and statues including the iconic ‘Boy with the Boot.’  What was really amazing (and bewildering to us) were the hundreds of people with their faces buried in their phones playing Pokemon Go.  Bunch of goofs. 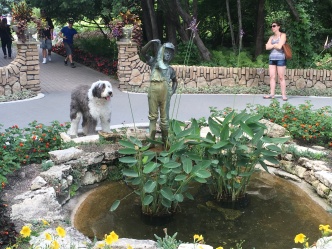 After Winnipeg, we travelled east into Ontario (see post for Busters BBQ), staying overnight at Aaron Provincial Park.  We carried on through northern Ontario, which seemed endless particularly with summer construction (see post on Life is a Highway) and then stayed at Sleeping Giant Provincial Park, situated on the northern banks of Lake Superior.  The following day, we crossed into Michigan from Sault St Marie.  We stayed one night at Bay City State Park, located on Saginaw Bay, which was terrific other than the suffocating humidity, then toured around the exceptionally Bear-friendly town (even coffee shops). 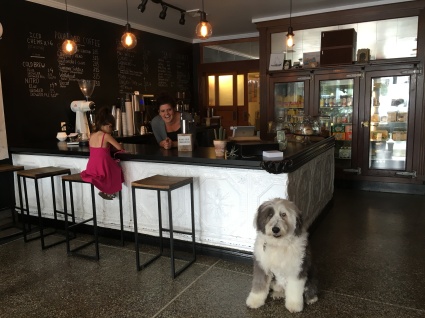 We crossed back into Canada from Port Huron into Sarnia, then carried on to Mitchell’s Bay to spend 3 glorious days with our good friends the Millers.  We were treated royally by the ‘Cake Boss’ and the Inspector, including a tour of the OPP’s latest patrol vessel, an evening cruise courtesy of the Rules, numerous golf cart ventures and a new way of scoring euchre (inside joke).  Mitchell’s Bay is truly a slice of paradise on Lake St Clair – at least in the summertime!

We had another great evening with friends in Oakville before finally arriving in Oshawa – home of Mama Bear’s parents.  We’ll be here for 3 weeks (gadzooks!) until we hit the road again.  Interestingly, just before arriving, we came across a tree that reminded us of Papa Bear’s mother-in-law.  It’s going to be a fun-filled visit… 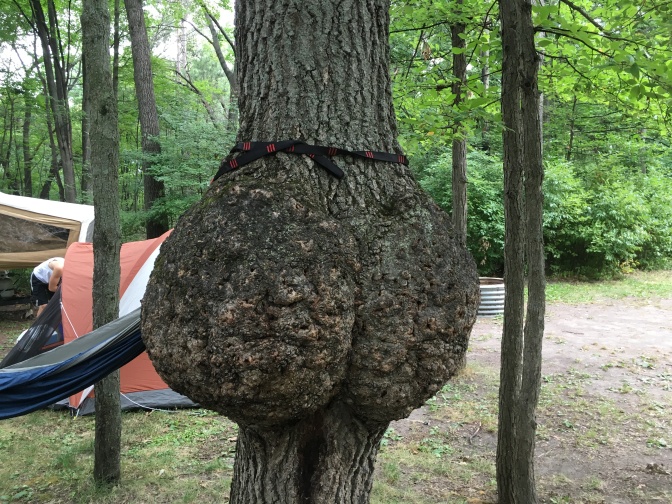