We had a wonderful visit with friends in Cobble Hill – including a mini reunion of old colleagues from the ‘dark world’ – thanks again Jim and Catrona!  We then carried on northward, but not before seeing a giant heron (apparently named ‘Horatio‘) lift off from the beach just after sunrise.

We drove through Ladysmith and on to Little Qualicum Falls Provincial Park.  Weather was cloudy but the forecast was for sun and warming temperatures over the weekend.

Little Qualicum Falls is off Highway 4 on the road to Tofino, just past the village of Coombs.  The Provincial Park is one of our favourites with good hiking trails and river swimming for the Bear. 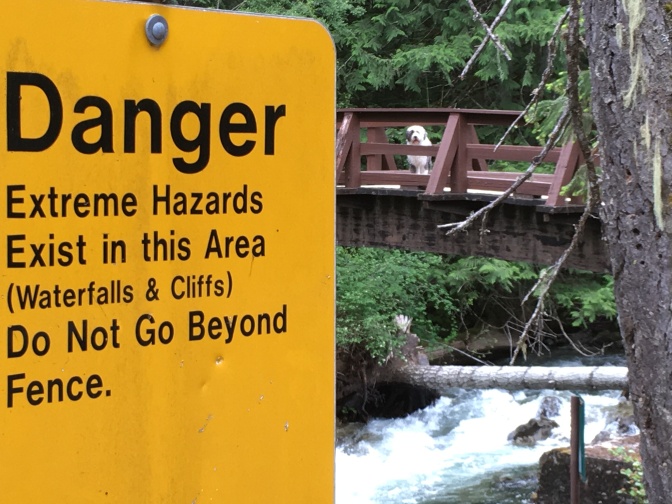 After a full day, it was time for dinner.  Now previous posts have featured pasta and pizza dishes which led to queries about having an Italian heritage (unfortunately no, we just love the cuisine) so tonight was old fashioned BBQ burgers, although with a twist.  We used turkey meat (which Mama Bear prefers, Papa Bear just has to add lots of spices) and mini naan bread for the buns.  Turned out great.

The next morning, Papa Bear cycled the 10km into Coombs to re-provision at the ‘Goats on the Roof’ General Store.  True to the name, there’s goats on the roof.  They also have every sauce known to man, including our friend Tammy’s favourite Lizano salsa (which I would agree is the best if she would only acknowledge my homemade guacamole…). 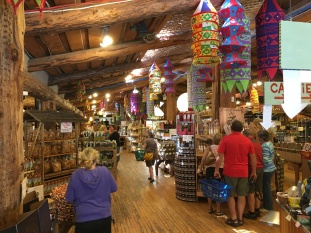 Next stop, Campbell River.  Stay in the groove!